Hello everyone, I know that magnetic polish is so last year, LOL. I was given these polishes compliments of Teddi's Tips because she was having problems getting them to work. If you have ever seen her nails you know they are beautiful and generally anything she tries she gets it perfect on the first go round. I have because of that fact had the polishes for several months but was scared to try it figuring I could only do worse. Today I tried one of the two polishes and was so happy with the results that I decided to blog about just in case someone else was having problems with polish as well. 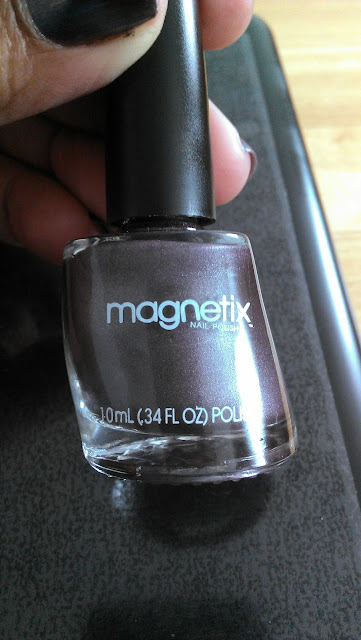 I used Magnetix Nail Polish in purple. I loved the color when it separated. I got it to separate so well because I held the magnetic about a quarter of a inch from the nail for at least 15 seconds. I found less time did not allow the pattern to become as defined. I also would slowly turn my nail left to right.

Well until next time keep on polishing.﻿ 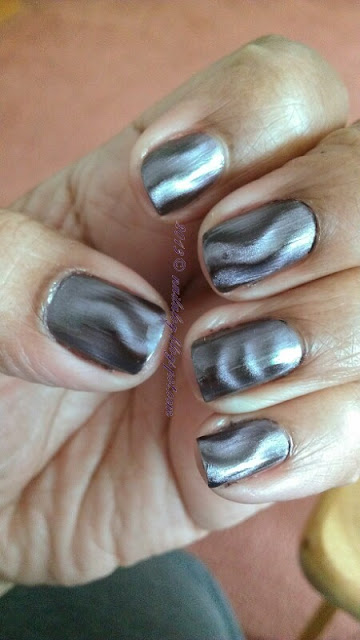 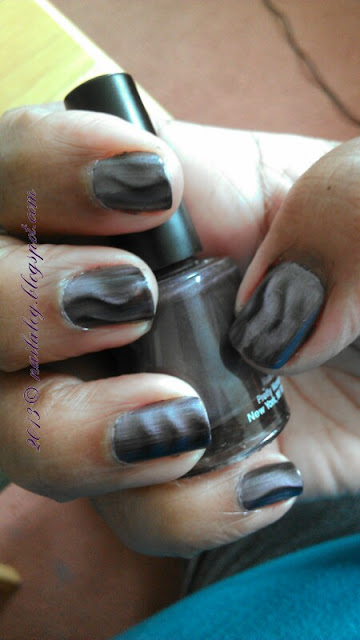